Basketball (or “basket ball” as it was originally named) came out of a need to get college-age students something safer to play instead of American Football. Also, there was a gap when summer sports ended as there wasn’t yet a group sporting activity that was playable indoors and out of season to keep younger people entertained.

Why Basketball Was Invented? 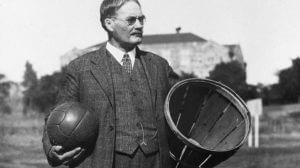 Unlike with the protection afforded American football players today with excessive padding, better quality protective helmets, and better medical procedures for impact and concussive injuries, little of that existed the late 1880s. This was a post-Western era where the California Gold Rush had passed, the age of the railroad was upon us and even Penicillin hadn’t been discovered yet.

To avoid students getting seriously hurt playing football, James Naismith who was a teacher at Springfield College (as it’s known today) was tasked with coming up with a different sporting activity that the college kids could play in the gymnasium. In pre-TV, pre-smartphone age, creativity and inventiveness was the order of the day. Back then, people came up with ideas even if they weren’t technically known as scientists or inventors.

Naismith had a group of young men who needed guidance. While the gymnasium of the time supported such activities as Calisthenics, band marching and working with the gym equipment available, none of this was engaging enough for a youthful bunch of students who needed something to burn through the energy they had. It didn’t help that the traditional football season was over and had been for a few weeks with the youth visually restless.

Even the game of Lacrosse, also a staple at the time as it is today, didn’t help because both American football and Lacrosse tend to only be played outdoors and in the warmth of summer through to the Indian summer as the natural light and heat of the summer sun faded into the fall.

Basketball was invented to fill this void.

Where Basketball Was Invented?

There’s some confusion about where basketball was first created. This is mainly due to the passage of time where the facts tend to either get muddled or lost to history.

However, it’s also not helped that the college where basketball came into being was rename multiple times over the years and had an association with a larger organization that still exists today as well. This has sowed the seeds of confusion over the correct facts. Recently though, a long-forgotten recording by the inventor himself, James Naismith, has surfaced which has served to confirm some facts and clarify still others too.

Exactly where basketball was invented was steeped in confusion until fairly recently. The educational establishment where it happened originally was named the School for Christian Workers. The school was around in the late 1800s but went through some name changes along the way. An association or linkage was formed with the YMCA organization which eventually led to the school being renamed as the YMCA Training School. 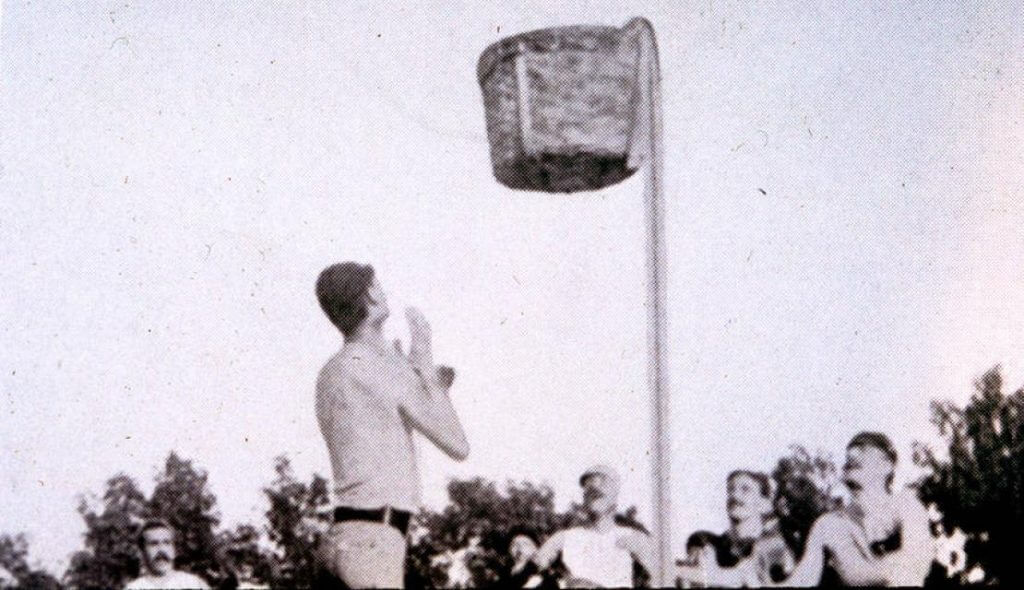 Following that, the school broadened its approach by changing its name again to the International YMCA Training School. And as if that wasn’t enough, it morphed into the International YMCA College. Later, in 1954, it came to be renamed a final time to Springfield College which had been its unofficial title within its halls for many years already but got formalized at that time.

While it had variously been named after the YMCA through an ongoing co-operation with the YMCA, working with youth and a strong focus on exercise, such was the looseness of ties back in those days that the then college was never actually part of the YMCA organization.

Outside of the building where basketball came to be invented, there was a sign that was barely noticeable which pointed to the Armory Hill Young Men’s Christian Association (i.e., the YMCA). It’s to be found in black and white photos of the era near the building and mistakenly people have felt that the building was owned and operated by the YMCA which is incorrect.

The situation was clarified in 2010 with papers both from Springfield College and the YMCA. The papers confirmed that basketball was invented in the School for Christian Workers, not the YMCA referred to in the street sign. The building had dorms for students, classrooms, and offices. There was also space where the Armory Hill YMCA had leased out and the sign outside the building was to encourage new members where to find the local branch.

Basketball, where there was a stand with a pole and a woven basket held at the top of it, was a later iterative design to be tried. The early ideas were revised to eventually using a hoop and netting that is seen today on basketball courts.

Shortly after the game was invented and possibly due to a branch of the YMCA being in the building already, other students learned about the game fairly quickly. Young people at other YMCA branches started to produce their own basketball equipment so they too could try out this new sport.

A college magazine that was produced internally at the YMCA for distribution throughout their network published the early rules of this new game to make it clearer how to play. What became known as Springfield College had a strong international student attendance, so when students went home, they took basketball with them. Soon after, young people in countries around the world were keen to give this new affordable sport a try.

By 1905, basketball had become such a mainstay of physical education and indoor sports in the U.S. that it was acknowledged as a winter sport and given a stamp of approval. While the ‘Thirteen Rules’ was written up by Naismith himself and pinned to the notice board at Springfield College remains fairly true, it’s seen a few adjustments over the years. Nevertheless, the game is largely the same as it was more than 120 years ago.

James Naismith and What Really Happened

James Naismith who was 31 at the time was a graduate of the Presbyterian College in Canada. He held a theology degree, yet his passion was for athletics. He duly headed to what became known as Springfield College to become better educated in physical education. This was in the late 1880s, a relatively new concept where the idea of exercise or sports where lifespans were quite a bit shorter than they are today, was a novel concept.

Luther Halsey Gulick, who later became known as the father of physical education in America, was the superintendent at the time at Springfield. Naismith was a graduate student in his 30s in his second year. He had already been added to the faculty as a teacher too. Gulick wanted to have the students get involved in more play for their restless souls, but he wanted something to engage their minds too.

The focus of a new game to be created was on one that could be played indoors, away from natural light, would be enjoyable for players, engaging mentally and quick to learn. With the sporting season wound down and students not keen to run through the usual uninteresting gym workouts, Naismith wanted to meet the challenge to come up with a new activity. None of the faculty or students had been able to come up with useful ideas up until this point yet Naismith was undeterred.

A Combination of Different Ideas

The idea was to create a group sport that could be enjoyed indoors and by a sizable number of player. This would keep students engaged and those on the sidelines entertained in equal measure.

There was the intention to avoid the roughhousing typical of football which sometimes caused players serious injuries. It would get students exercising without them realizing they were doing it.

It took considerable thought, throwing out new ideas along with some trial and error before Naismith came up with an idea that stuck. What he was looking for was a combination of elements. He liked the movement and passing involved in rugby, the jumping with English rugby, was fond of an unusual game called Duck on a Rock which included the use of a goal and a ball, and the idea of using a different ball shape and size appealed too. He also wanted a goal where a player couldn’t slam – or throw or kick too fast – presumably to avoid possibly injury.

Initially, two boxes were sought but the janitor at the college could only find baskets for storing peaches. These were each secured to a balcony at the gymnasium. The balcony was 10-feet above the ground where a basket was affixed at both ends. A participant was stationed at the balcony at either end to retrieve any balls that went into the basket (no one had thought to create a hole for them to fall through yet) and throw them back down to be reused. It took a few years before someone had the bright idea to cut some holes in the baskets!

Naismith produced his 13 rules of basketball and his secretary produced a typed version. This is what went up on the noticeboard and was distributed within the YMCA at a later time. He then taught his students how to play basketball and threw the first ball to get the game started. 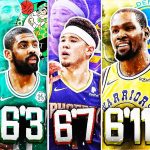 Average Height of an NBA Player From Point Guards To Centers 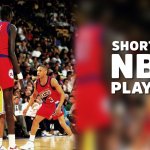 The 10 Shortest NBA Players Of All Time